Wheat shown to cause weight gain

...Sadly, (this) tsunami of chronic illness is increasingly caused by eating our beloved diet staple, bread, the staff of life, and all the wheat products hidden in everything from soups to vodka to lipstick to envelope adhesive...

...The Super Starch
The Bible says, “Give us this day our daily bread”. Eating bread is nearly a religious commandment. But the Einkorn, heirloom, Biblical wheat of our ancestors is something modern humans never eat.

Instead, we eat dwarf wheat, the product of genetic manipulation and hybridization that created short, stubby, hardy, high yielding wheat plants with much higher amounts of starch and gluten and many more chromosomes coding for all sorts of new odd proteins. The man who engineered this modern wheat won the Nobel Prize – it promised to feed millions of starving around the world. Well, it has, and it has made them fat and sick... 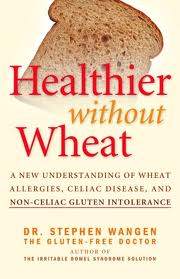 ... The Super Gluten
Not only does this dwarf, FrankenWheat, contain the super starch, but it also contains super gluten which is much more likely to create inflammation in the body. And in addition to a host of inflammatory and chronic diseases caused by gluten, it causes obesity and diabetes...


Latest research about gluten shows clear connection to weigh gain (published in Journal of Nutritional Biochemistry in January 2013) and following words are from article based on this research.

...Cheap, unhealthy foods for many with massive profits for a few...

"... the weight gain associated with wheat consumption has little to do with caloric content per se; rather, the gluten proteins ... disrupt endocrine and exocrine processes within the body, as well as directly modulating nuclear gene expression ... to alter mamalian metabolism in the direction of weight gain." 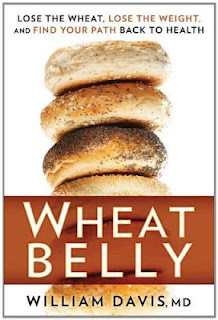 Finally, if you heard about gut permeability or „leaky gut“ and suffer from chronic recurrent problems listed below, the following information is important to consider.

Gliadin is a part of gluten, present in large amounts in modern wheat. Less gluten is found in rye, barley, spelt and other older varieties of wheat. Different type of gluten is in oats and even some celiacs claim they can eat oats without problems. Remember that modern bakery products, cakes and snacks have often extra gluten added and we literally consume it all day long most of our life (unless we eat home-made whole food diet). 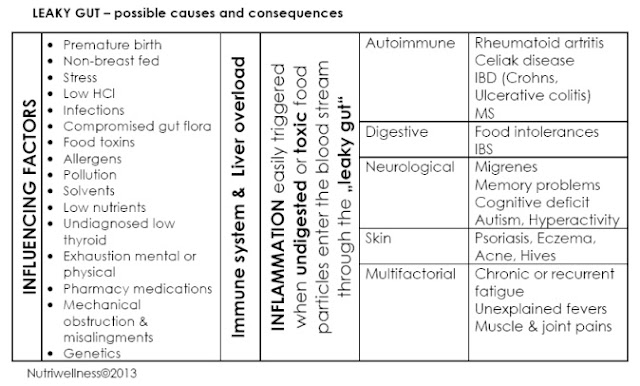 Zonulin = a protein discovered in 2000, which regulates permeability of tight cell junction in intestines.

If you avoid gluten or wheat for at least 3-4 weeks and will start to feel better, this could be the reason why. It may not be the only reason for „leaky gut“ as zonulin can be activated or stay active by other means such as on-going inflammation. However, it is the first step and worth trying. The only side effect is loosing weight if you need to and having less general pains!

Connection between chronic or recurrent illness and gut permeability has been known for many years. Common link of many diseases are problems with food absorption and inadequate gut flora, opening space for pathogens. Many people never had „normal“ stools but they are hardly ever encouraged by modern medicine to connect their various ill-health symptoms to their gut. Bacteria in our intestines are responsible for over 70% of immune functioning and if our belly is not kept healthy, our body will always be struggling and work hard to stay healthy.

If you want to read more above the above subject, my favourite resource is Dr. N. Campbell-McBride and her GAPS diet web site.
http://www.gaps.me/preview/?page_id=20

Posted by nutriwellness at 9:47 PM

Email ThisBlogThis!Share to TwitterShare to FacebookShare to Pinterest
Labels: Weight