Are you still using microwaves?


Microwave ovens emit certain electromagnetic frequencies, in a similar way as do mobile phones, TVs, PC screens or satellites. The major difference is – we use these frequencies to heat our food - which is often immediately after heating put inside our bodies.

In this way, we introduce to our body nothing else than a matter, which has been unnaturally re-organised on subatomic scale. Remember, all things around us, including us, are based on constant vibrations of elementary particles. Every time we are exposed to unnatural frequencies, it causes changes in vibrations of matter we are made of and this way it directly affects us.

We cannot ignore the fact that heating by microwave frequencies also has other effect on our food than just making it warmer. The heat does not come from heat source, such as in conventional ovens. It comes from frequencies which make some particles vibrate to the point of releasing heat, as it happens to water molecules.

But what else happens here? What happens, for example, to sensitive molecules, which are going to circulate in our blood and renew our cells or form our DNA?

Scientists from the Department of Pediatrics of Stanford University School of Medicine have tested 22 frozen human milk samples for lysozyme activity, total IgA, and specific secretory IgA to E coli.


Lysozymes are enzymes which destroy gram-positive bacteria by digesting their cell walls. They were discovered accidentally by Alexander Fleming in 1922, when nasal drippings (rich in lysozymes) stopped bacterial growth in his Petri dish. Lysozymes are found in tears, mucus, saliva and human milk.

IgA is an immunoglobulin (antibody) which plays important role in immunity of mucosal membranes, where it protects us from pathogens and exotoxins. Specific sIgA to E.coli is an antibody which destroys this bacterium.

The samples of milk were heated by microwave for 30 seconds at a different power settings. To each was added 1 mL of diluted E coli suspension. E coli growth was determined after 3.5 hours of incubation at 37C.
Conclusion: Microwaving appears to be contraindicated at high temperatures, and questions regarding its safety exist even at low temperatures.

Dr. Hans Ulrich Hertel, who is now retired, worked as a food scientist for many years with one of the major Swiss food companies.
In 1991, he and a Lausanne University professor published a research paper indicating that food cooked in microwave ovens could pose a greater risk to health than food cooked by conventional means. An article also appeared in issue 19 of the Journal Franz Weber in which it was stated that the consumption of food cooked in microwave ovens had cancerous effects on the blood.

Dr. Hertel was the first scientist to conceive and carry out a quality clinical study on the effects microwaved nutrients have on the blood and physiology of the human body. His small but well controlled study showed the degenerative force produced in microwave ovens and the food processed in them.

The scientific conclusion showed that microwave cooking changed the nutrients in the food; and, changes took place in the participants' blood that could cause deterioration in the human system. Hertel's scientific study was done along with Dr. Bernard H. Blanc of the Swiss Federal Institute of Technology and the University Institute for Biochemistry.

In intervals of two to five days, the volunteers in the study received one of the following food variants on an empty stomach:

Technically produced microwaves are based on the principle of alternating current. Atoms, molecules, and cells hit by this hard electromagnetic radiation are forced to reverse polarity 1-100 billion times a second. There are no atoms, molecules or cells of any organic system able to withstand such a violent, destructive power for any extended period of time, not even in the low energy range of milliwatts. Of all the natural substances - which are polar - the oxygen of water molecules reacts most sensitively. This is how microwave cooking heat is generated - friction from this violence in water molecules. Structures of molecules are torn apart, molecules are forcefully deformed, called structural isomerism, and thus become impaired in quality.

This is contrary to conventional heating of food where heat transfers convectionally from without to within. Cooking by microwaves begins within the cells and molecules where water is present and where the energy is transformed into frictional heat.

In addition to the violent frictional heat effects, called thermic effects, there are also athermic effects which have hardly ever been taken into account. These athermic effects are not presently measurable, but they can also deform the structures of molecules and have qualitative consequences. For example the weakening of cell membranes by microwaves is used in the field of gene altering technology.

Because of the force involved, the cells are actually broken, thereby neutralizing the electrical potentials, the very life of the cells, between the outer and inner side of the cell membranes. Impaired cells become easy prey for viruses, fungi and other microorganisms. The natural repair mechanisms are suppressed and cells are forced to adapt to a state of energy emergency - they switch from aerobic to anaerobic respiration. Instead of water and carbon dioxide, the cell poisons hydrogen peroxide and carbon monoxide are produced."

Microwave oven manufacturers insist that microwaved and irradiated foods do not have any significantly higher radiolytic compounds than do broiled, baked or other conventionally cooked foods. The scientific clinical evidence presented here has shown that this is simply a lie.

In America, neither universities nor the federal government have conducted any tests concerning the effects on our bodies from eating microwaved foods. Isn't that a bit odd?


Changes in chirality of molecules

If you like good chicken soup or bone broth, do not spoil this great food by defrosting it or heating up by microwave oven. Gelatin part in good meat stock is mostly made of amino acids proline and glycine.

According to a letter published in The Lancet, microwaving converts L-proline (Levo, left) in food to D-proline (Dextro, right), forming an unnatural isomer (twisted molecule). Glycine is symmetric, therefore has no chirality. Conversion of molecules to other isomers in living body is thought to be hazardous to health. Example of such molecule is our DNA, where subunits only exists in one type of chirality. Incorporating amino acid of other chirality (isomer) would not produce functioning DNA.

If wrongly twisted molecules become incorporated into our body, it can lead to structural, functional and immunological changes.

D-proline formed during microwaving food has been found to be
What is worse, there is no reason to think that proline is the only one amino acid molecule subjected to this kind of destruction, and it is likely that other amino acids and molecules in microwaved food would be similarly affected.

Posted by nutriwellness at 5:40 PM No comments: 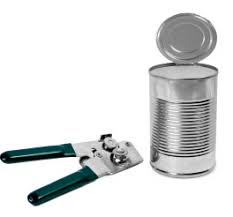 
highly recommended to watch if you 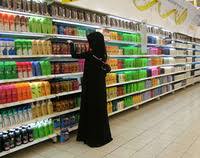 Posted by nutriwellness at 6:09 PM No comments: 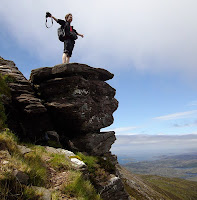 Hungry For Change - Your health is in your hands

Posted by nutriwellness at 9:00 PM No comments: