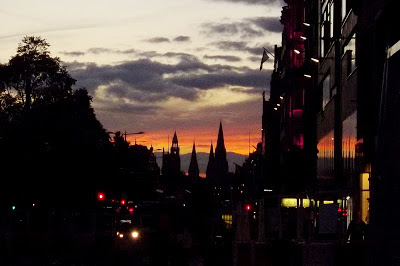 Email ThisBlogThis!Share to TwitterShare to FacebookShare to Pinterest
Labels: Fasting 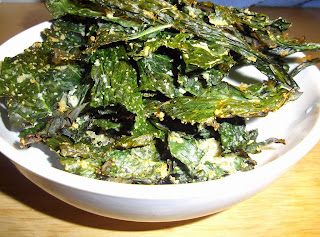 October and November are great months for harvesting and eating kale, one of the most nutritious and health-supporting vegetables. I realised that not many people know how to eat these tough leaves - you can always put some into salads, steam or stir fry some, but here is the way I found works great if you are really serious about your intake of leafy greens and Brassicas in particular.
The picture above is crispy Scottish kale from supermarket, and here are more pictures of Nero de Toscana variety and chard from my garden.
More kale pictures...

1. Carefully remove the leaves from the thick stems and tear to required size. Wash well (unless organic and from own garden) and thoroughly dry in a salad spinner or large clean dish cloth.

2. In a big bowl, drizzle leaves with olive oil, sprinkle with salt and garlic powder. Mix well and work the mixture in to all leaves.

4. Place kale pieces on a large metal or silicon rack with a tray underneath. Make sure they do not overlap too much.

5. If you have fan-powered oven,bake in for 5 minutes, then check for crispiness and bake until crispy but NOT BROWN. In normal oven, after 5 minutes, try to leave the oven door slightly opened, to dehydrate leaves quicker without overbaking.

Variations
Instead of kale, use fresh spinach leaves or rainbow chard (mangold).


Posted by nutriwellness at 5:02 PM No comments:

Email ThisBlogThis!Share to TwitterShare to FacebookShare to Pinterest
Labels: Recipes

Did you know?
Christmas special - average adult needs only about 4 mince pies to cover daily recommended amount of both sugar and fat. 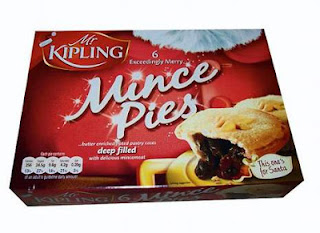 Posted by nutriwellness at 12:39 PM No comments:

Email ThisBlogThis!Share to TwitterShare to FacebookShare to Pinterest
Labels: Weight

Cold dark days are round the corner...

I can HELP with

...LOW MOOD
by choosing mood lifting foods, specific nutrients and avoiding poisons, so you can enjoy your happy-self more often.

...LOW ENERGY
by assessing your adrenal and other health issues, and choosing the right nutritional strategy to get you back on your feet.

...PERSISTENT FATIGUE
by looking at all possible reasons, health history, hidden stress, negative experiences and designing the strategy to return to normal life.

...STRESS AND ANXIETY
by lowering over-reactive body responses to external or internal stressors by replenishing your body with calming nutrients to regain your peace.

Email ThisBlogThis!Share to TwitterShare to FacebookShare to Pinterest
Labels: Stress and fatigue 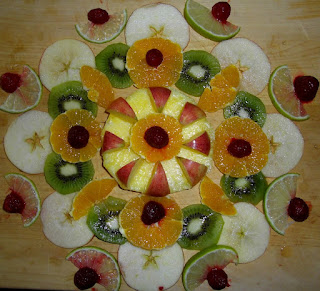 Happy Birthday to the English version of my blog :) 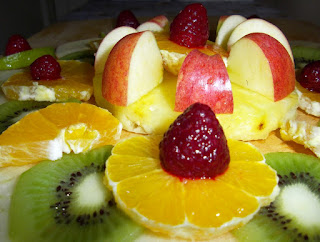 Posted by nutriwellness at 10:21 AM